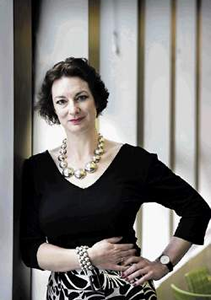 Social psychologist Naomi Ellemers examines the behavior of people in organizations. Her main topics of expertise are Diversity and Inclusion, and Integrity and Ethics at work.

To investigate the behavior of people in organizations, Naomi Ellemers combines experimental methodologies examining brain activity and stress with observations of people in the workplace. Her aim is to understand how group affiliations impact on individual behaviors in organizations. In her diversity lab, she identifies the work experiences of women, ethnic minorities, and members of the LGBT community. In her integrity lab, she also examines how individuals are guided by the ethical climate at work, for instance in the financial sector.

Ellemers was elected member of the Royal Netherlands Academy of Arts and Sciences (KNAW), and Corresponding Fellow of the British Academy. Among the distinctions she received is the NWO-Spinoza Award.

She is member of the supervisory board of PwC the Netherlands, and chair of the Kurt Lewin Institute. She is one of the initiators of the National Integration Fund and one of Athena’s Angels.

Queen bees: Do women hinder the progress of other women?

"Women leaders are role models and mentors to other women and girls." That was the claim made in a recent Deloitte study looking at the number of women in leadership roles around the world. But what if the opposite was true? Instead of acting as mentors could successful female bosses be pulling up the ladder behind them because they perceive other women as a threat? This is the theory known as queen bee syndrome.